How To Make a 3D Meme With LucidPix

Memes are already one of the greatest inventions of our time. These simple image and text creations solidify temporary nuggets of pop culture into the perfect memory of the internet, creating a shared chuckle between all those that see them.

While memes started with a simple image and headline format, they have evolved over time, adding in animation via GIFs and even short videos at times. Today, this continued evolution takes its next step with LucidPix and its 3D Conversion ability. No longer are memes, flat, still, or static in nature, a LucidPix meme responds to the viewer’s movement, adding a new dimension of fun to these ephemeral pieces of internet culture.

The great part about a LucidPix meme is that you don’t have to start from scratch. Or, if you have something great in mind, you could create your own new meme on imgflip.com or makeameme.org, or even memebetter.com. No matter how you start, save your image to your iPhone or Android smartphone’s camera roll.

To help mark the new year, we chose a meme about our lack of flying cars:

I used an app called Juxtaposer to achieve this effect, which is iOS only. However, I used it for the simple reason that I already had purchased it years ago. If you’re not interested in buying a new app, there are a ton of free alternatives out there for Android and iPhone at this link.

To give your meme a little extra space around the sides, you need a background. You could go to Pexels.com and download an image for free, or you could get a little creative. For my meme, I wanted something with a space theme, and went with the following image I found online.

Next, I added that as the background image in Juxtaposer, and the meme I chose as the foreground, making sure to use two fingers to pinch/zoom the image down in size so there was a nice sized frame around it. The frame should be roughly 15-20% larger than the meme image for best results. Then I just saved the resulting framed meme to my phone.

Here’s where the magic happens. LucidPix will take your flat, still meme image and create an interactive, multi-dimensional meme that is sure to bring in the likes and comments. 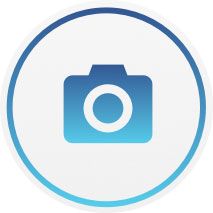 . Then swipe to the left, past 3D Frame and 3D Photo to select 3D Conversion. You will be asked to choose the image you would like to convert to 3D, and in this case, it’s the meme you just saved. Select the image, tap Generate 3D Photo

and let LucidPix do its magic.

After the conversion process, test it by moving your phone a bit to see how the result looks, and if you’re happy, tap the share button and either post it on Facebook, or export it as a GIF or video for use in Snapchat, Instagram, TikTok and more.

If you need help with how to share, you’re in luck! We have a blog post explaining just that right here.

If you like LucidPix memes, let us know! If we hear from enough people, we can build this process into the LucidPix app, for even easier 3D meme creation.